It’s no secret that Pinarello bikes are fast as they are beautiful. The big question, however, is what makes them so?

Well, the engineers and designers at the Cicli Pinarello headquarters in Treviso, Italy demand only the best and work tirelessly to keep Pinarello bikes in front of the podium and their riders on the top step.

Technology and science are key in Pinarello’s mission to remain at the top of the cycling food chain. The result of that quest is the Dogma - a bike named after a set of principles laid down by an authority as incontrovertibly true. In this case, the dogma is that the Dogma is the best racing bicycle on the market.

With seven Tour de France Championships in the past nine years, the Pinarello Dogma has a well-earned reputation regardless of the year in which it was made. Results matter and it’s hard to argue with the results shown year after year by the Dogma. Introduced in 2014 as the Dogma F8 and now in the Dogma F12, the model is almost universally accepted as the pinnacle of cycling performance. 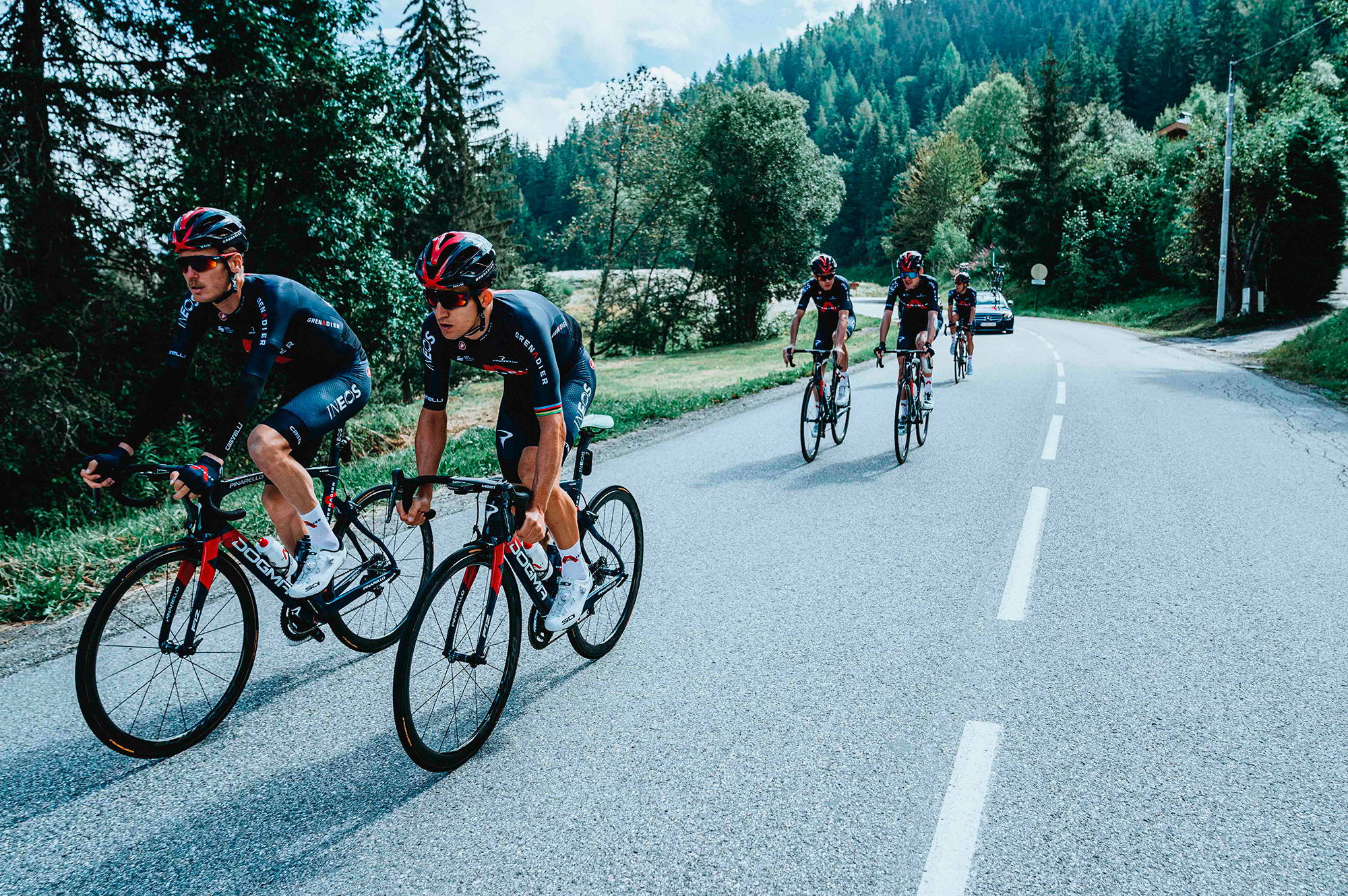 Of course, you need not be a member of the Ineos Grenadier team to ride a Pinarello Dogma F12. Available in four models, the Dogma F12 also comes in your choice of rim or disc brakes.

Constant research and development have yielded constant improvements on the Dogma F12. More aerodynamic than ever, Pinarello’s pride and joy has seen a dramatic increase in performance from the handlebars alone. The Most Talon Ultra handlebar is eight percent more stiff than previous models. It’s also more aero and results in five percent less drag. Added to that is a reduction in weight by 10 percent. In total, Pinarello claims a one second advantage over 1000 meters thanks to the overall eight percent reduction in air drag - from the handlebars alone. One second is the difference between posting up with arms raised as you cross the finish line and having to rely on your bike throw skills to eek out a win.

Pinarello is obsessed with making bikes that fit riders. Rather than tinkering with stem lengths, seat post lengths and other various methods of fit adjustment, the Dogma F12 is available in 13 sizes. When paired with the 16 size configurations of the Most Talon Ultra handlebar, there are 208 size combinations to ensure as perfect a fit as possible. If your bike is perfectly fit to your body, there is less wasted energy and power transfer and more speed. 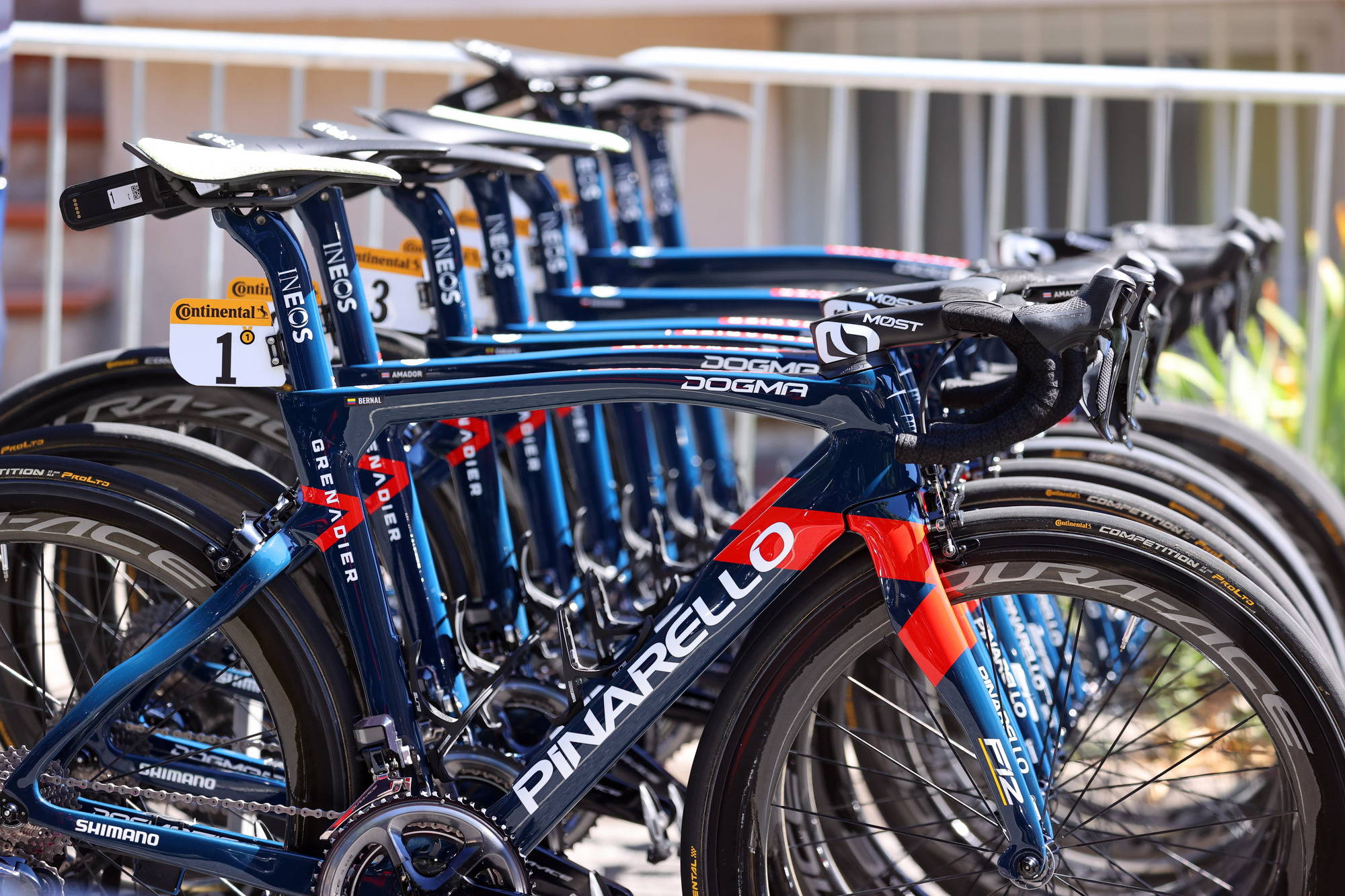 Naturally, Pinarello bikes are renowned for their beauty. A fully integrated cable routing system results in no exposed cables or wires on the disc version while also providing added stiffness to the frame. The rim brake version has only the wire to the front brake visible. The result is a sexy smooth aesthetic that also has aerodynamic benefits.

That physical appeal, however, would be counterproductive if it resulted in a slower bicycle. Pinarello’s fork and seatstays have a distinctive design that is quickly identifiable, but also distinctively effective in

producing a faster bike. Fork flaps near the wheel mounts result in reduced drag and the trademark curvature results in better airflow at speed and in cross winds.

Pinarello took its drive for the ultimate in aerodynamics another step with a concave downtube shape that is both asymmetrical and and helps reduce air drag caused by water bottles. Every little bit of improvement possible adds up to a bike that simply wins races.

Performance on a bicycle is all about responsiveness. With refined carbon fibers, more stiff and more aerodynamic frames result in maximum power transfer.

There is beauty in performance and Pinarello has perfectly blended the art of cycling with the science of speed. 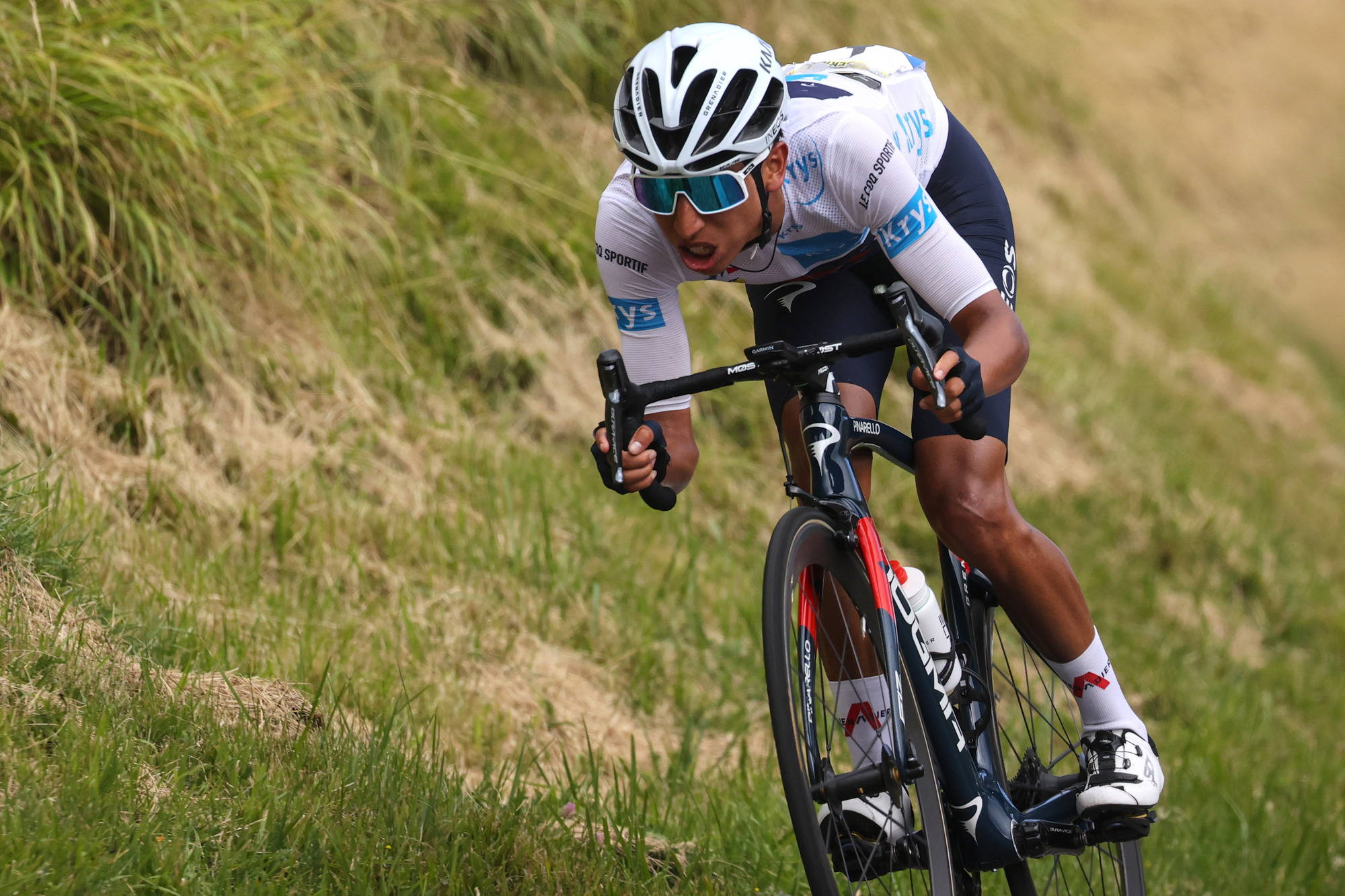