OVER 40 YEARS OF DESIGN INNOVATION

The story of Tom Ritchey – and his eponymous bicycle company – reads like a history of modern American cycling. As a road racer in the early ‘70s, young Tom, the son of an engineer and avid tinkerer, was often found winning on bicycles that he himself had made. As he experimented with frame building and component fabrication he maintained a focus on making lighter weight parts both strong and reliable. As that decade faded into the 1980s he and his buddies were already spending considerable time riding dirt roads and mountain trails and making the tougher equipment needed for them – in turn innovating what we know now as the mountain bike. His ideas were so good that many major bicycle brands sought to put his Ritchey Logic stems, bars, pedals and more to build their own complete bicycles with. Mr. Ritchey then steered away from frame building to concentrate on great quality components to be used at the highest levels of the sport.

While being deeply involved in the bike industry Tom still finds the time to log thousands of miles and claims that many of his best ideas come to him while pedaling. When inspiration for a new product comes to mind he can be found back in the workshop making the initial prototypes come to life. Anything he creates is thoroughly tested by Ritchey team riders and independent facilities to ensure that hs new products exceed industry standards. Years ago he added the word Logic to his company’s name because he feels that anything bearing the Ritchey mark has been developed out of necessity and not just following current trends in the bike world. 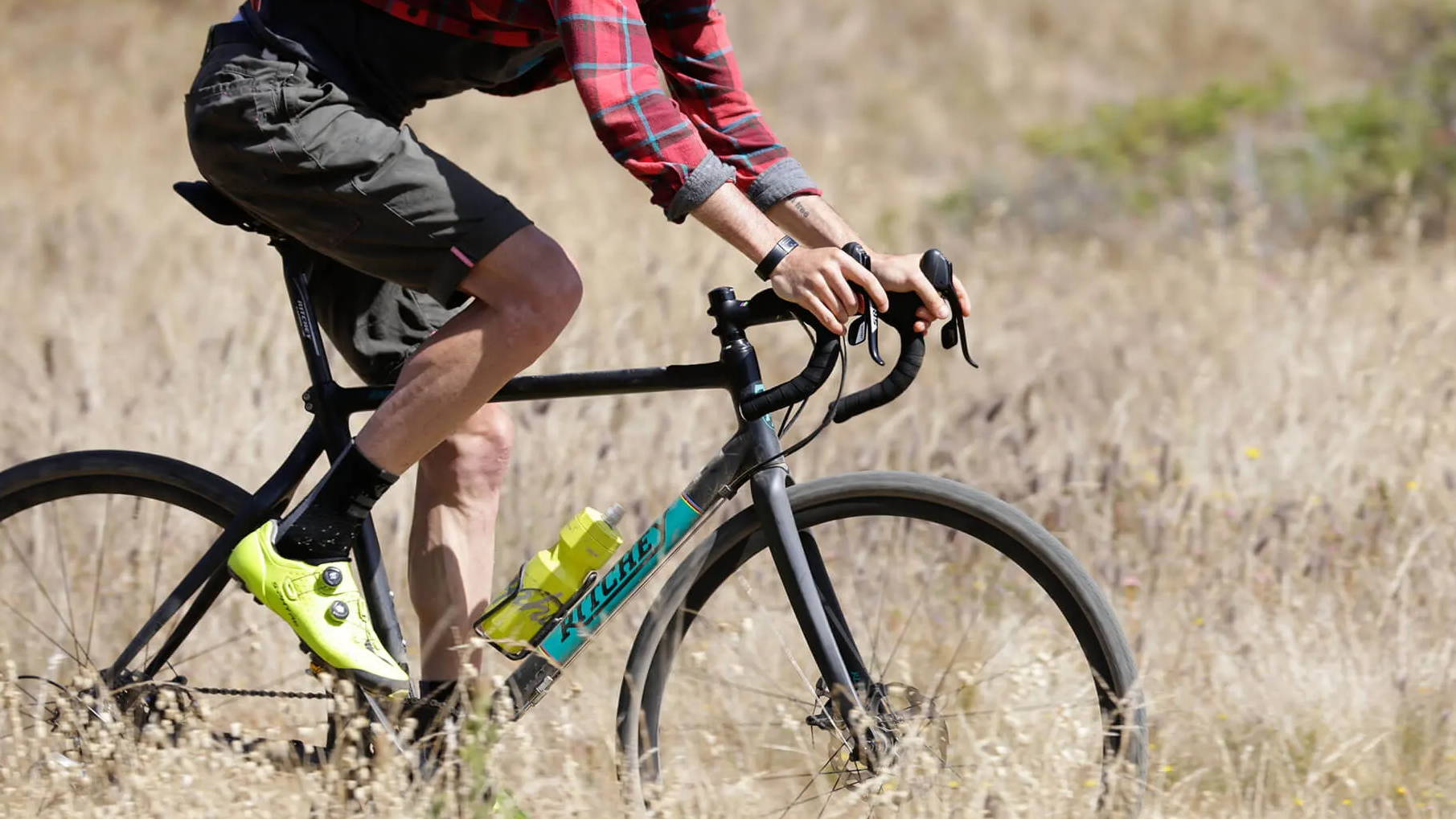 Being a constant traveler he quickly put his design experience to use in developing the Ritchey Break-Away frame that easily folds into a carry-on size bag. Its unique design is so simple and easy to use that only an engineer well versed in bicycle design and an avid cyclist could invent it. For many the Break-Away bicycle is their ticket to avoiding steep airline fees while offering the ability to bring their bike wherever they may travel. We have many Contender Bicycles customers happily riding their own Break-Away bikes the world over. Now the Carbon Break-Away is leading the way for the lightweight traveler wanting the ultimate ride regardless of destination. 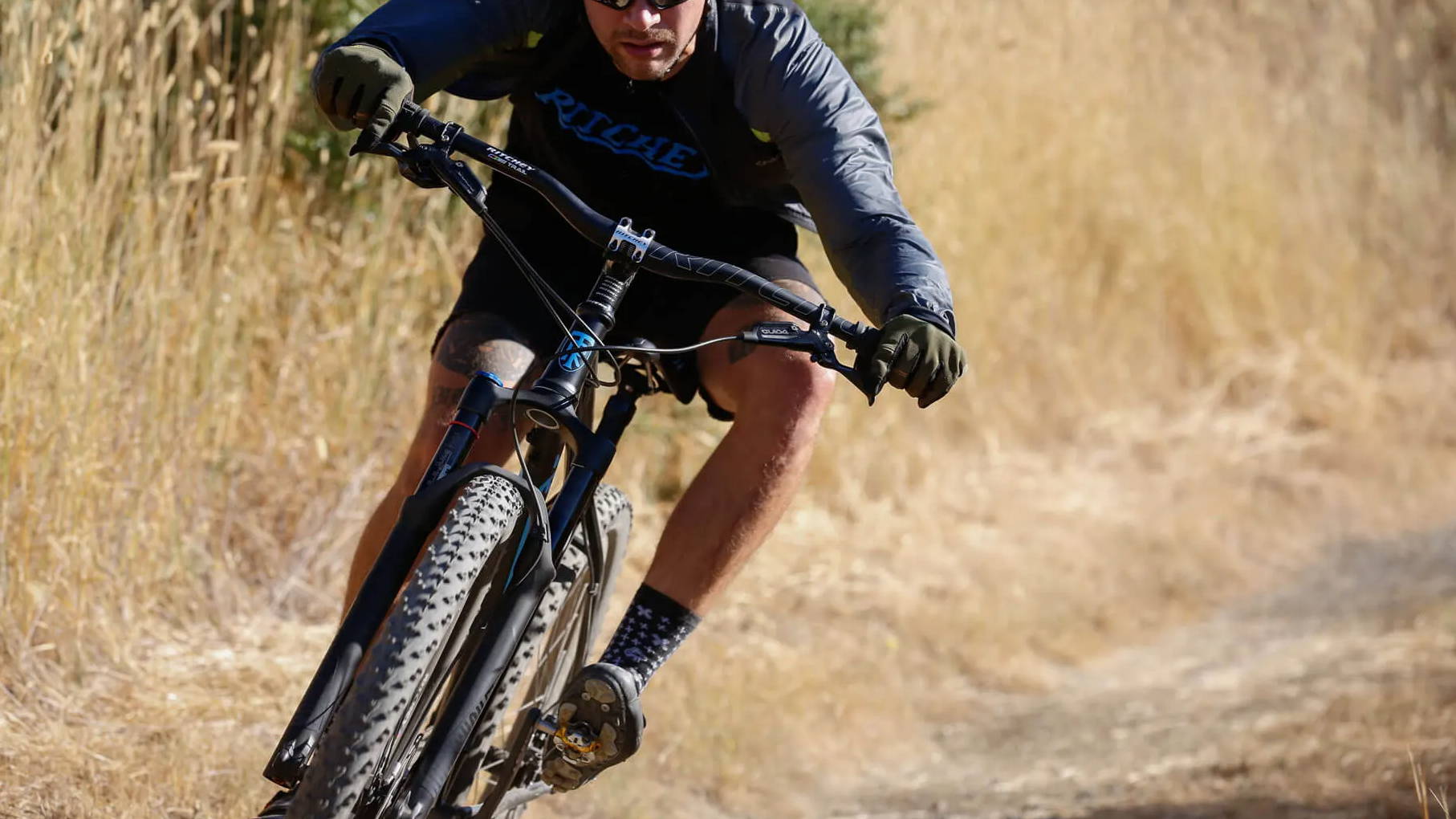 Since developing that bike he has jumped back into offering frames made from titanium, steel and now the new Break-Away Carbon road frame. With a focus on reliability and performance the current line-up of Ritchey mountain bikes- including the P-Team, P-650b, and Commando are all high-end steel hardtails – and the new Timberwolf 27.5 adds a serious fun factor to the line-up with 140mm front travel, short chainstays and the ability to run 2.4 inch tires.

Tom uses special heat-treaded, heavily butted tubing to ensure a spirited ride quality and even developed his own forged headtube to reduce weight. The original P-29 29er hardtail frame has evolved into a lighter, geared-only version and is accompanied by the P-650B (27.5″ hardtail), Commando fat bike frameset and the new Timberwolf, a 140mm trail hardtail built for the rowdiest of days. 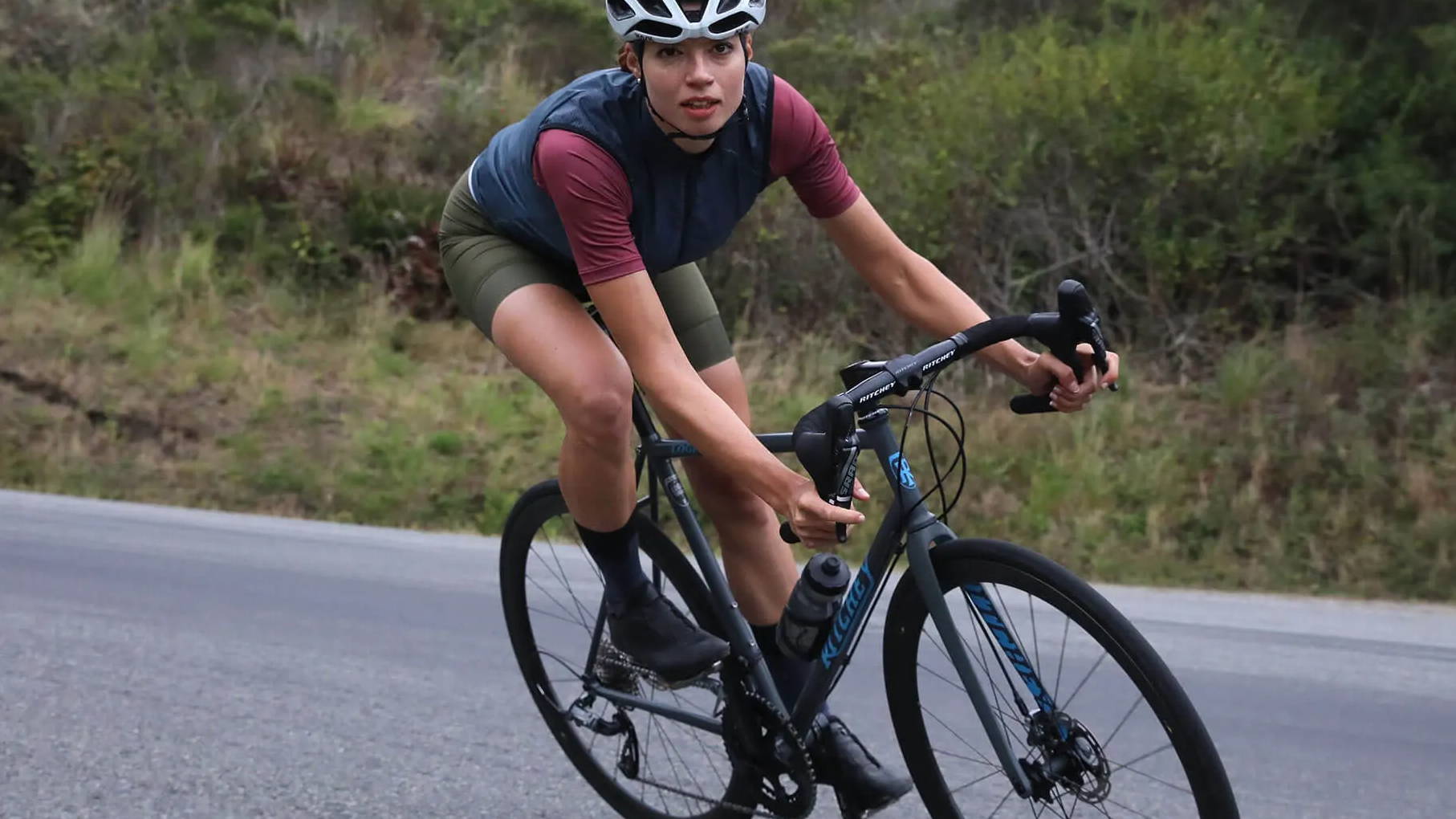 A trusted steel road frame, the Road Logic combines proven steel construction with a sweet ride and timeless look. This frameset features many Ritchey Logic advancements within its sleek, steel chassis including a custom tube-set and engineered headtube for weight savings and added strength. A matching carbon fork allows the Road Logic to accept 28mm tires both front and back. With the compliant ride of steel the Road Logic is destined to deliver a smooth ride where-ever the road takes you. To complement the Road Logic is the now classic Swiss Cross from Ritchey. This bike has seen more world-class races than many of the big brands combined and is also available in a disc-equipped version to bring high-performance steel CX race bikes into the modern age. 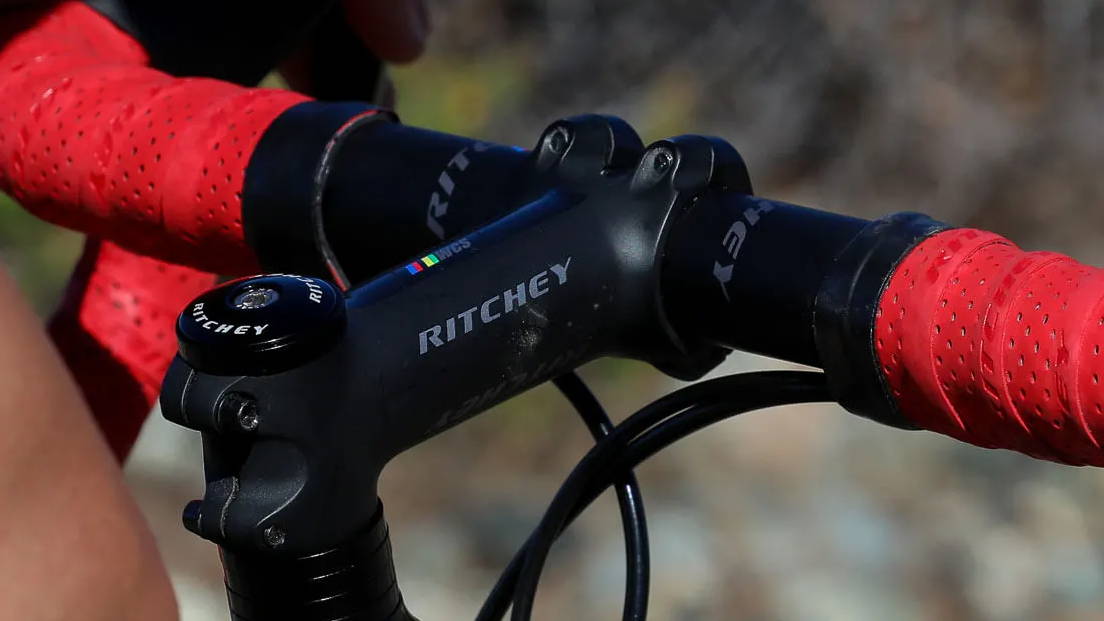 To turn all of these great frames into great complete bikes Ritchey still offers a wide range components from wheels, bars, stems, seatposts and more. For the racers that Ritchey so eagerly supports there are the Superlogic and WCS parts all made to be very light, very strong and destined to go fast. The quality doesn’t end there though as his great ideas have trickled-down into the more affordable Comp alloy components as well. True to tradition, Ritchey has gone full-circle to his early days to re-introduced the legendary one-piece Bullmoose bars into the mix. Now made from lightweight carbon this unified stem-bar combo will add a little class your next high-end build and save a little weight in the process. 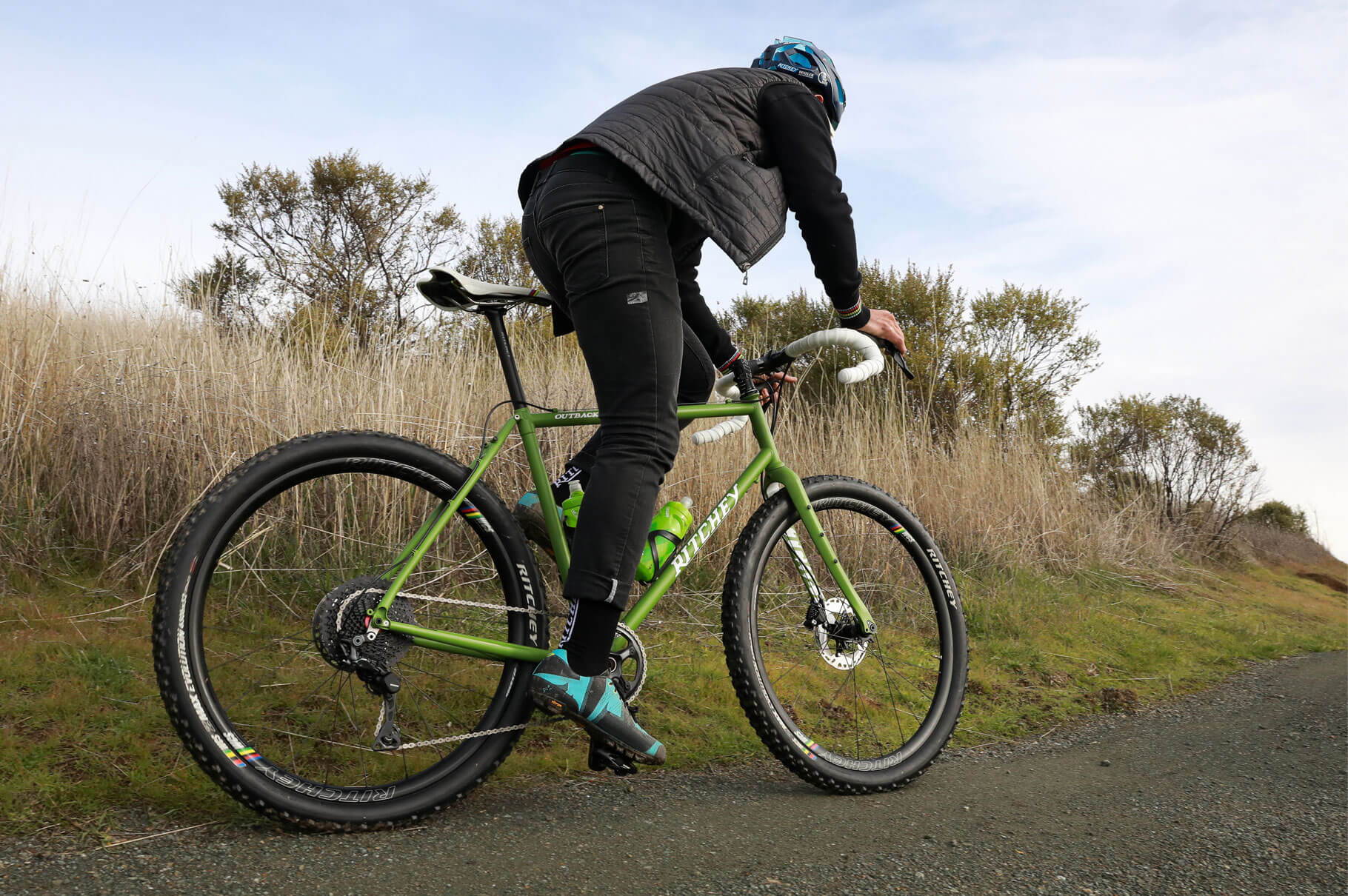 COME TALK TO ONE OF OUR RITCHEY BIKES EXPERTS TODAY

At Contender Bicycles, our best tools for selling bikes are the people who ride them. Each of us on staff has extensive experience riding bikes across many brands. If you’d like to discuss options on a new Break-Away build or choose the right Ritchey parts to lighten your current bike, contact us at info@contenderbicycles.com or give us a call at the shop.