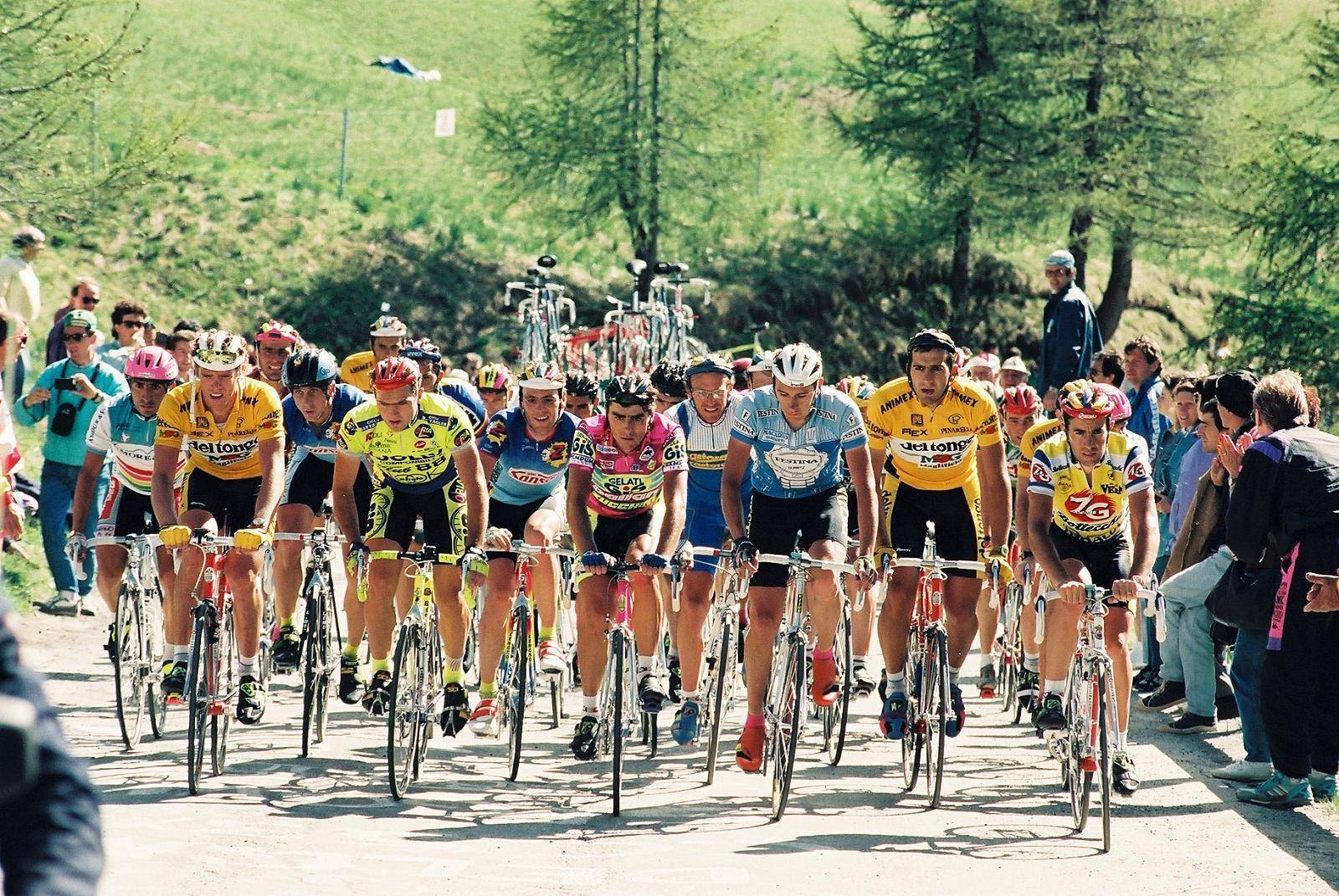 It started out with a bang. In 1958 an engineer and ski fanatic in Sun Valley, Idaho wanted something better than the bamboo or steel ski poles he’d been using for years. Ed Scott introduced an aluminum pole that changed the game.

SCOTT Sports was born and the innovations haven’t stopped. SCOTT has branched out from its roots in the snow, obviously, and we at Contender Bicycles have been a part of several new products, developments, and rollouts over the years. 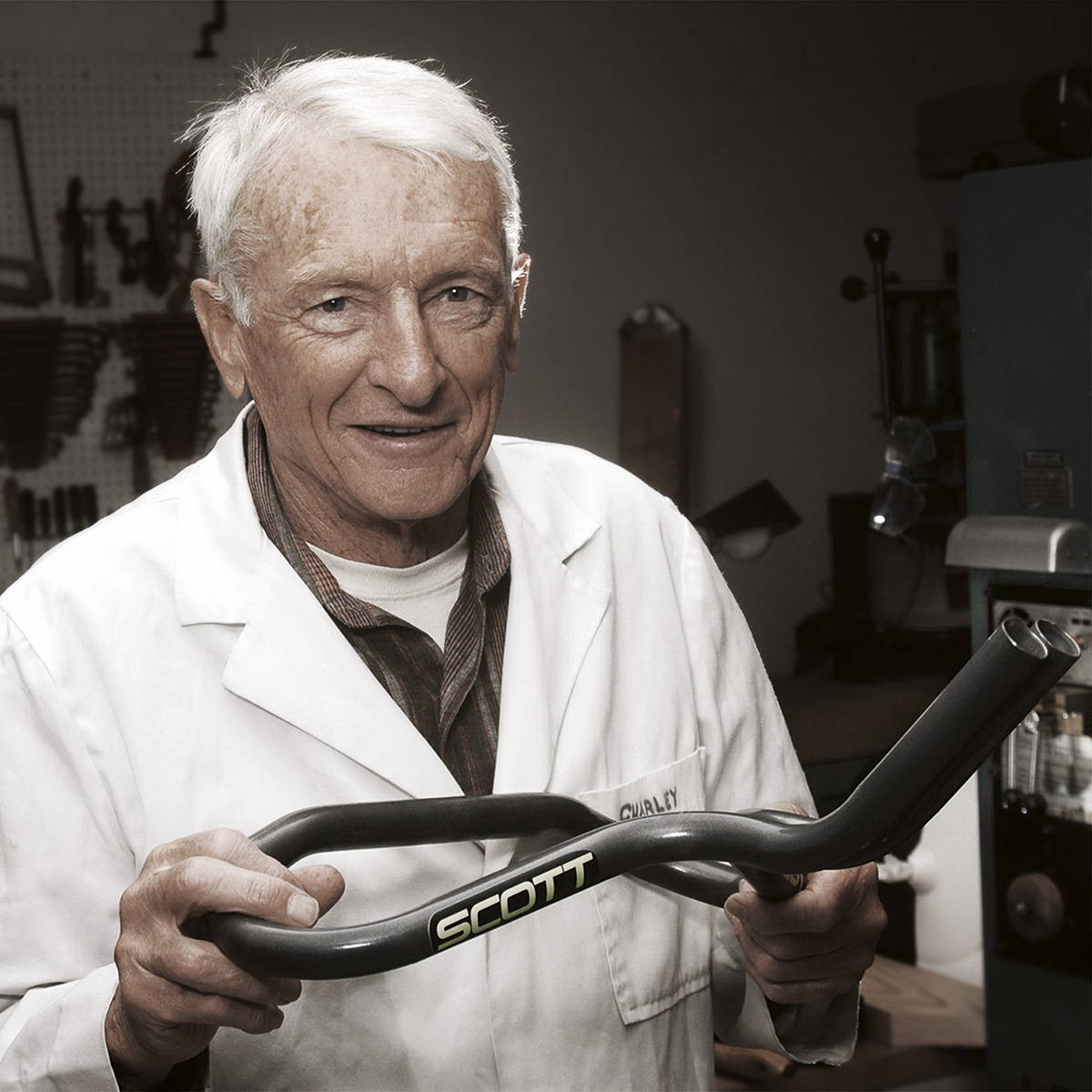 When Greg Lemond stunned the world and captured the overall victory in the 1989 Tour de France, he did so by using the first aero handlebars and absolutely crushed the field in a time during the penultimate stage and the sport has never been the same. That aero bar, of course, was designed by SCOTT Sports mastermind Charley French.

In 1995, the first carbon frame was introduced to the mountain bike market and had a SCOTT logo on it as the Endorphin racked up victories in the Olympics and World Cup at a rapid pace. Not to be outdone, SCOTT released the G-Zero full suspension frame in 1998. At the time, it was the lightest full suspension bike frame on the planet.

Making waves in the road bike market was only a matter of time for SCOTT Sports. In 2001, the Team Issue road bike became the first frame weighing less than a kilogram to be available to the masses. The CR1 road frame made its debut in 2003 and weighed only 895 grams. By then, the bike development race was on at full speed with innovations across the industry as each brand tried to outdo the other new tech, new fibers, and new engineering standards. 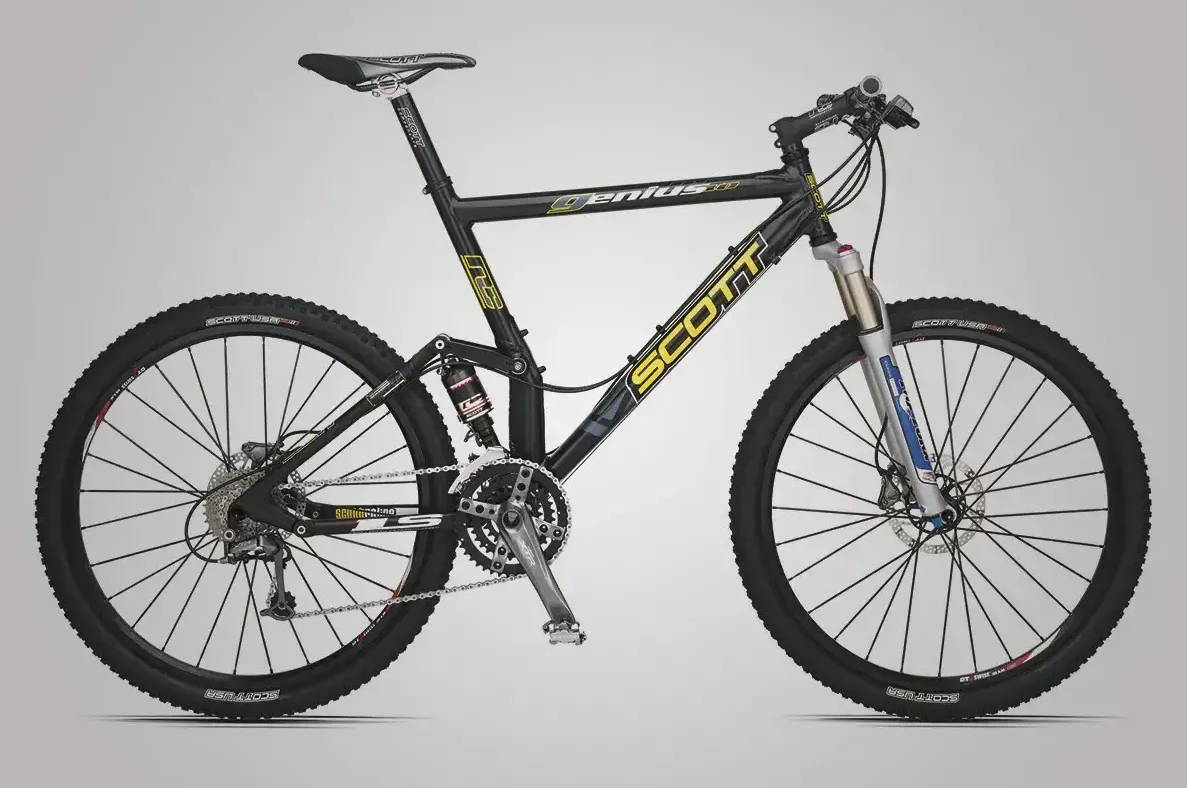 The SCOTT Genius was launched in 2003 and quickly became one of the most popular bikes of all time with its adjustable suspension system and was pedaled to a World Championship by Thomas Frischknecht.

By the mid-aughts, triathlon had emerged as a global phenomenon. SCOTT released the Plasma with a sub-1,000 gram frame and integrated seatpost. Triathlons and time trials have never been faster.

A series of ownership changes resulted in new management, new directions, and a corporate headquarters in Switzerland. But ground-breaking innovations never stopped and 2007 became one of the most important years in SCOTT’s history. The release of the SCOTT Addict and SCOTT Spark, the two lightest frames in the world in their respective classes, created huge momentum for the brand. SCOTT signed Nino Schurter to be the face of its mountain bike division and there has been no stoppage in Rainbow Jerseys or Gold Medals. 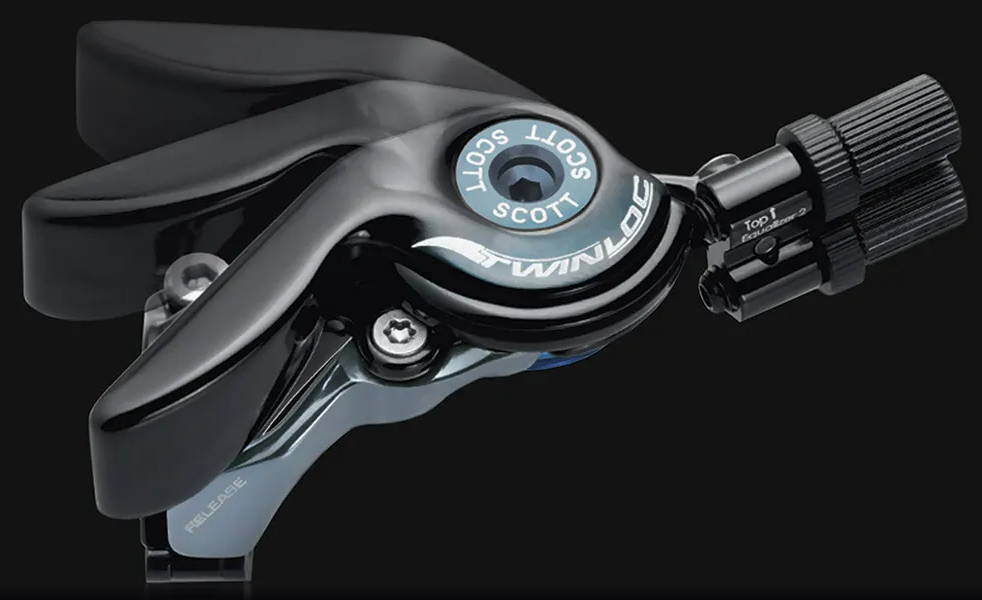 The Genius 2 was released in 2009 with all-new geometry, the Equalizer2 shock, and a load of new tech features.

TwinLoc came in 2010 and changed the mountain bike game as Schurter used the technology to become the most dominating mountain biker of all time.

By then, everyday cycling was evolving as fast as competitive cycling. SCOTT released the Venture electric bicycle - a commuter bike designed to change the way people navigate the city - in 2010. Once that cat got out of the bag, there was no putting it back as eBikes have since taken over the urban market and have made serious inroads to the mountain and road bike markets.

SCOTT flipped the mountain bike world on its head, again, in 2012 when the 27.5-inch wheel rolled into the market in a big way and is part of the Genius 700 and Scale 700 bike lines. Schurter, of course, wins another World Championship on the SCOTT Scale 700.

The E-Spark was introduced in 2013 and became SCOTT Sports’ revolutionary entry to the electric full suspension bike market with a Bosch motor and powertrain. Also released in 2013 is the SCOTT Addict SL - with a complete frame package weighing less than a kilogram. 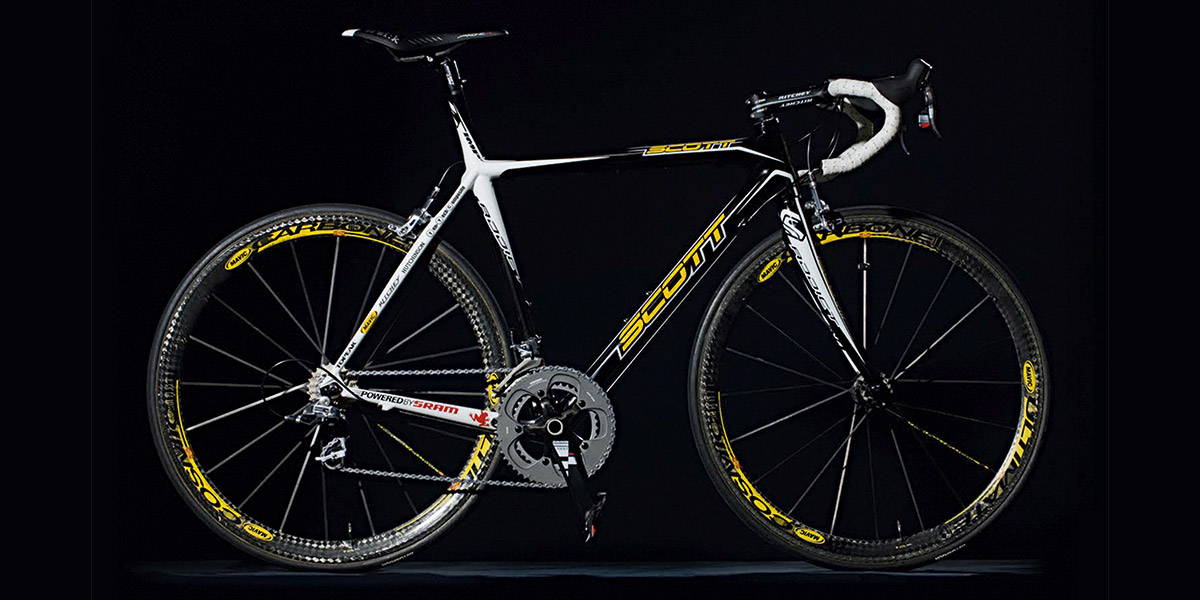 Innovation for bikes extends beyond the bike, of course, and in 2014 SCOTT unleashed its ITD Protec softgoods line with carbon yarns and ceramic printing which extend the life and function of bike bibs and jerseys even in the event of a crash.

Tri geeks and speed freaks rejoiced in 2014 when the Plasma 5 was released with a slew of new aerodynamic features that made it the cream of the crop and produced the fastest bike splits.

Mountain bikes with 27.5 wheels and tires got an upgrade in 2015 with the introduction of 27-plus bikes with wider tire clearance for more aggressive handling and tons of fun on speedy descents.

Innovations came faster than ever in the past few years as SCOTT Sports released the SCOTT Foil - the lightest aero road bike with disc brakes - and the Genius got another significant boost as the most versatile full suspension mountain bike around with a new, lighter frame and revamped geometry. To spice things up, SCOTT also rolled out the E-Genius pedal assist bike. 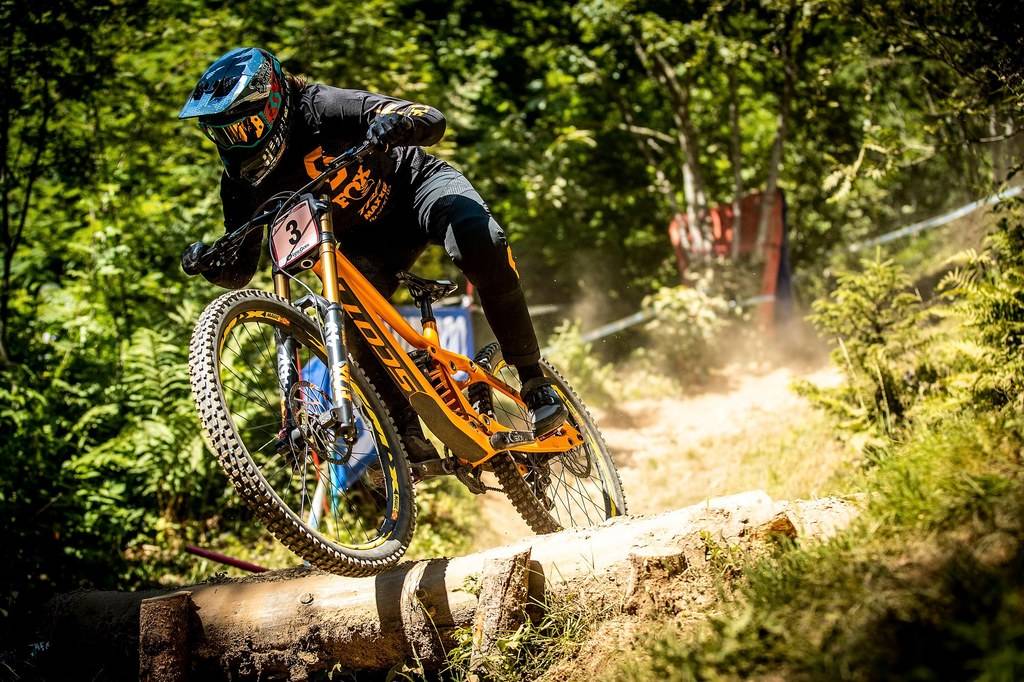 Enduro mountain bikes became a big thing near the middle of the decade and the SCOTT Ransom fit in perfectly. The SCOTT Gambler came a year later and SCOTT began winning downhill World Cup races and had the fastest overall team times in the 2019 World Cup season.

The SCOTT Addict got a new title with the RC addition to its line. Race Concept became the standard of excellence for SCOTT’s bike lines with the strongest, lightest, and most responsive carbon fiber and designs to date.

As SCOTT enters the 2020s, the innovations and advancements in bicycle technology are developing as fast as 3D computer models and test rides can go. With more than 60 years in the outdoor industry, SCOTT Sports is, and plans to remain, a leader.

Bikes have never been more exciting and fun. SCOTT Sports intends to push the boundaries of innovation well into the future.