The design and performance of the Teammachine SLR in aluminum with the smooth stopping power of disc brakes.

The Small Brand With Big Results.

Not the oldest, not the biggest, and certainly not the most brash - BMC is instead focused on doing what they do as well as possible. Heck, that’s why the company invested tens of millions of dollars in an ultra-high-tech research and development lab specifically so they can create masterpiece bicycles.

It’s no secret that BMC makes some of the best bicycles on the planet. Also well known is BMC’s devotion to building beautiful bikes as evidenced by some of the cleanest looks and most classically stunning bicycles on the market. Much like its home country of Switzerland, BMC is somewhat small, but its reputation for beauty and precision is unrivalled.

That attention to detail and devotion to craftsmanship has paid off dramatically not only in bike shop showrooms, but on podiums around the world.

Since jumping into the international scene as a company in 1986, and as a brand in 1994, BMC has a list of accolades that hold up well compared to any bike brand around. Though BMC was found in professional cycling almost as soon as it became a brand - especially under the watchful eye of Andy Rihs who was part of company ownership from 1998 until he passed away in 2018 - the bikes leapt into the spotlight for good with the Phonak cycling team and then solidified its role as a major player by sponsoring the BMC Racing Team in 2004. 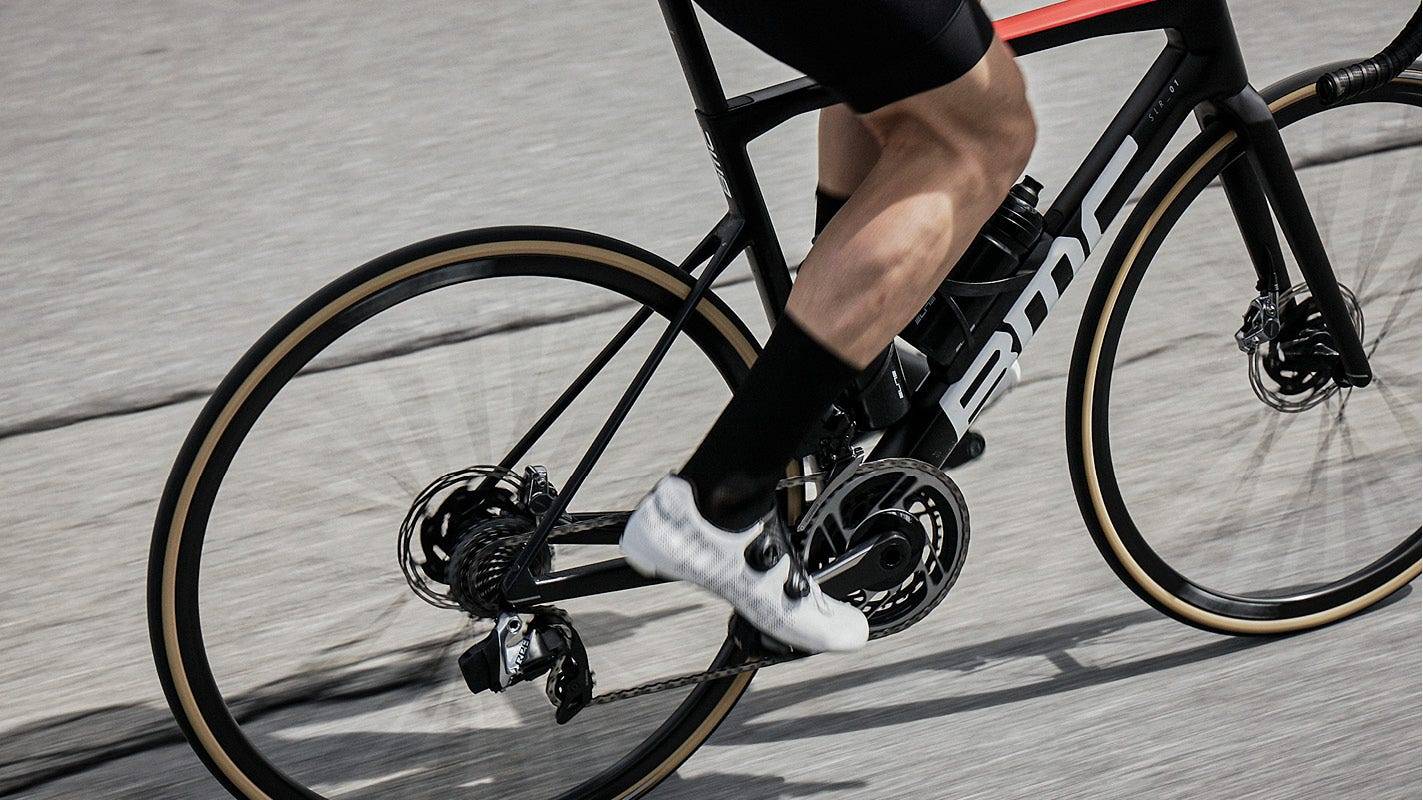 It didn’t take long for World Tour wins to follow on the road bike side of the business and the mountain bike division got into the act shortly thereafter.

Though the BMC Racing Team concluded its run as a professional team in 2018, BMC is still a presence in pelotons around the world with sponsorships of the Team Quebekha Assos and AG2R Citroen professional teams at the highest level and support of several smaller teams.

Locally - wherever local happens to be - you’ll likely find a BMC beneath your weekly crit series hero as well as among the leaders of various gran fondos and road races. Point being, if you like performance, speed, precision and results - not to mention the envious stare of friends in your group rides - ride a BMC and you won’t be disappointed. 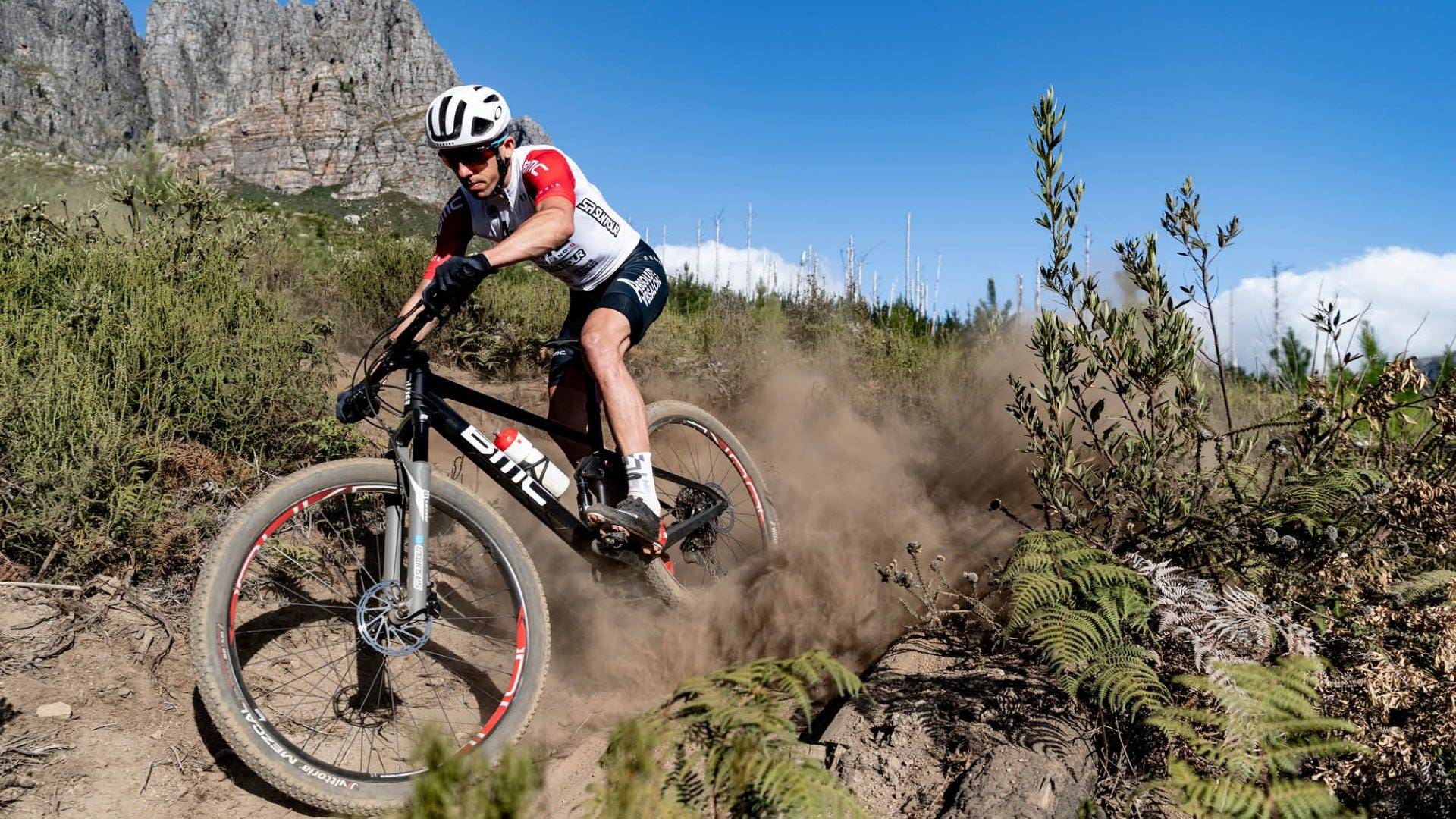 You can buy a bike just about anywhere these days. From your neighborhood big box store to the local bike shop to online classifieds to the online behemoths to chain shops with a dozen locations in the time zone, places to buy a bike are everywhere.

But which is the best place to buy a bike? And why is the answer to that question Contender Bicycles?

Contender Bicycles has been a fixture in the Utah and Salt Lake City bicycle scene for decades. We take great pride in being the best bike shop around. Not just the coolest, but the best. That means we care and we want to make sure every customer rolls out of our shop satisfied.

So, what sets Contender Bicycles apart from the crowd? There are myriad reasons. 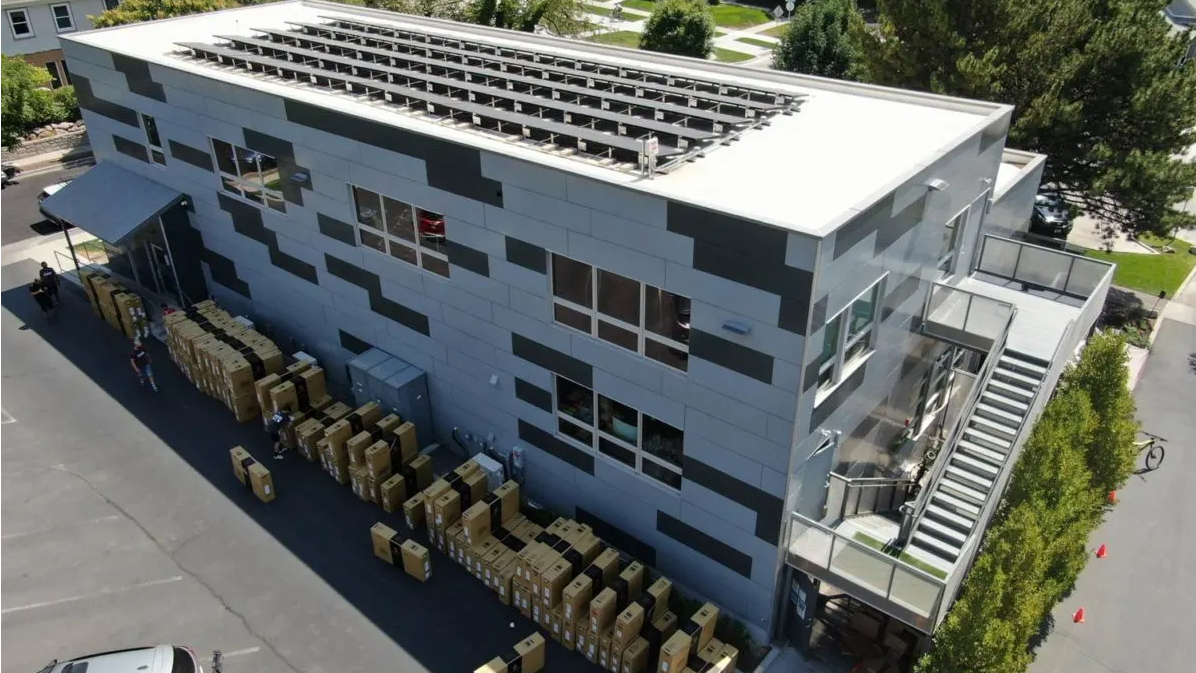 We consider ourselves the local experts. Whether you walk through our doors or give us a call, our staff knows the answer to your questions and you’ll get the same professional service whether you are in the shop or on the phone. Many of us, like you, are more versed in one area than the other. If the first person you talk to at Contender Bicycles isn’t the expert you need, we’ve got the expert just a few steps away. We’ve got more than 250 years combined experience in the shop at any time and there’s always someone on duty with the experience and expertise you trust.

To make sure you find the right bike, we make sure our staff is up to date on the latest innovations and technologies. The bike world evolves every year and so do we through training and education. With our size, sales volume and reputation, we have excellent relationships with bike brands, component companies and apparel makers. If we don’t have it at the moment, we can get it.

Contender Bicycles is one of the largest physical bike shops in the country and we have an unmatched selection of quality bicycles from numerous brands. Many bike shops these days have narrowed down their inventory to one or two brands. That’s absolutely not the case at Contender. 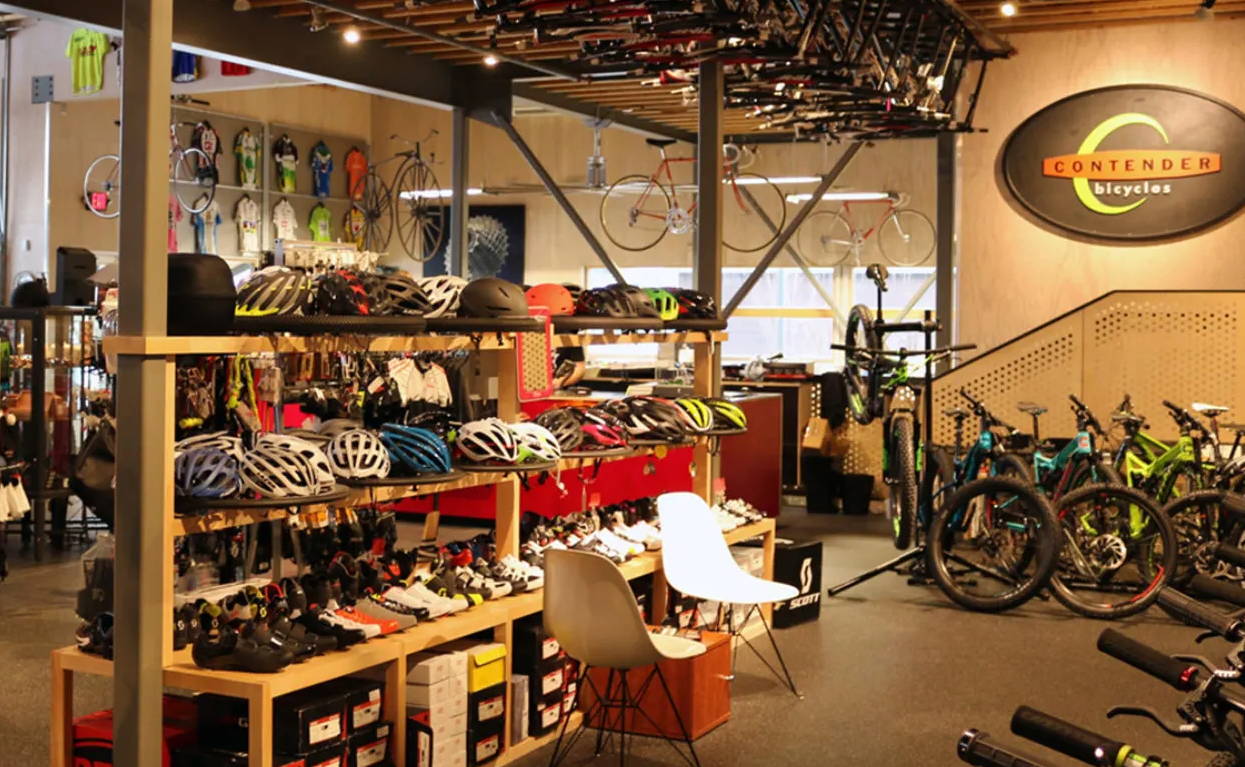 With close to two dozen bike brands represented on our sales floor, you’ll find more than 200 new bikes ready to test ride and purchase. From BMC to Pinarello to SCOTT to Orbea and several more brands with reputations for quality we are proud to offer; Contender Bicycles has the brands you see in World Cup races and the Tour de France. We also have smaller, more refined brands with unrivaled quality and custom build options like Open Cycle, Moots and Time. It may be a bit of a humble brag, but Contender Bicycles sells more bikes from some brands than any other shop in the country.

We also offer a high end selection of gear and apparel. Our jerseys, shorts and other accessories are things we’d feel comfortable wearing while riding. There’s not much risk of buying a set of bibshorts from us with a chamois you regret.

An area Contender Bicycles takes special pride in is our Pro Build service. Many of our customers don’t simply want a great bike from the floor. They know their parts and components and have something special in mind. With our Pro Build service, you can select a frame - road, mountain, gravel, whatever - and consult with one of our Pro Build specialists to create a complete bike that matches your needs and tastes to a T. We can even help you customize your bike with a paint job that is truly one of a kind. 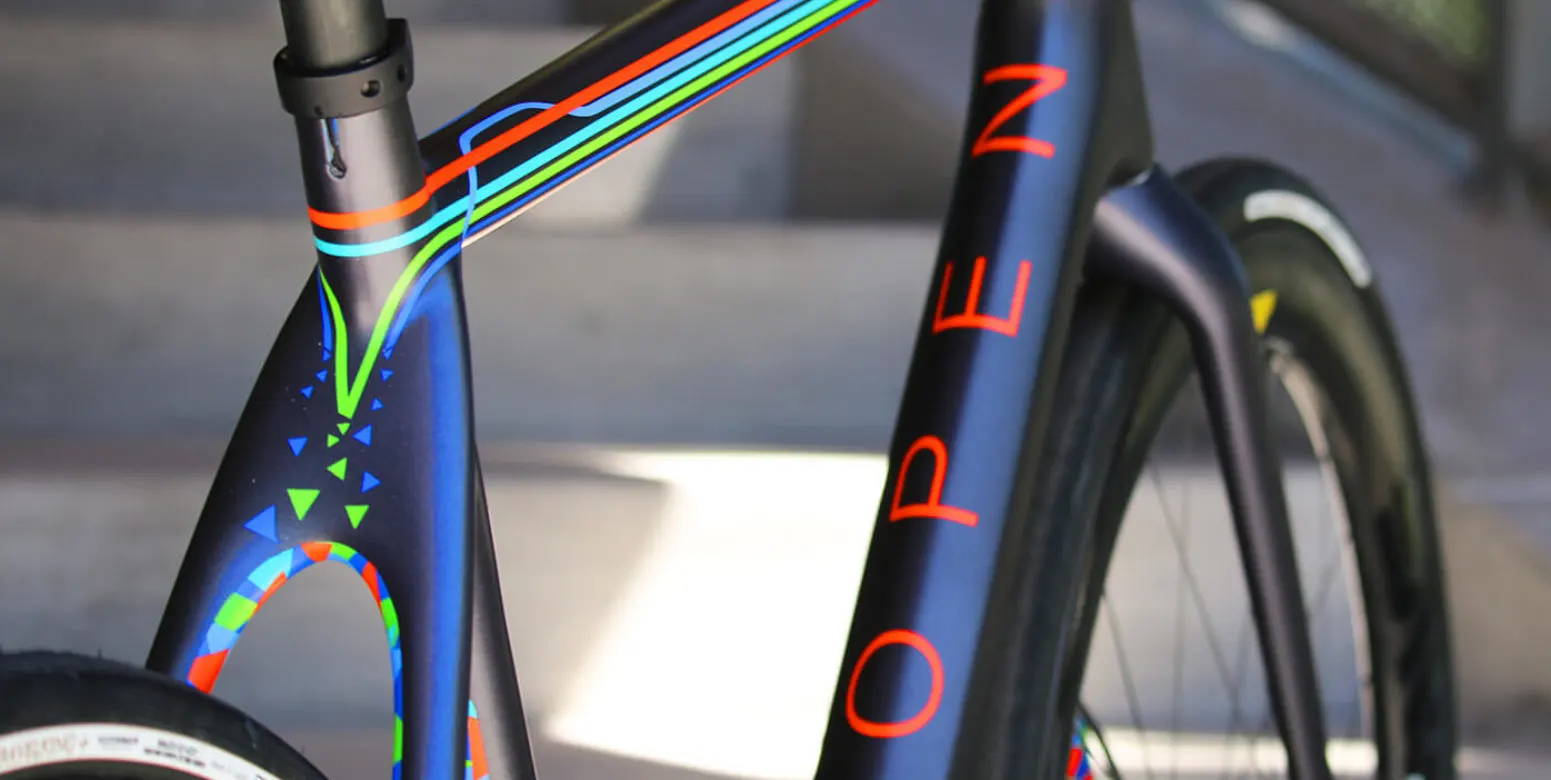 Of course, every bike will need to be serviced now and then. Contender Bicycles has the largest service staff in the state. With more than a dozen wrenches on staff, we have experts ready to make your bike as good as new as quickly as possible. Our mechanics have experience and training unmatched in the market. We’ll talk over each fix, discuss options and get you back in the saddle as soon as possible.

While Contender Bicycles has a reputation for selling only the best bikes, bike accessories and bike gear, we listen to you first to determine what your needs are. We don’t pay sales commissions, so we care more about making sure you ride the best bike for you rather than selling the best bike for us.

Whether you’re buying a bike from Contender Bicycles in person or working remotely with our Pro Build experts, we’re dedicated to making your experience in the shop as good as your ride on the trails or road. 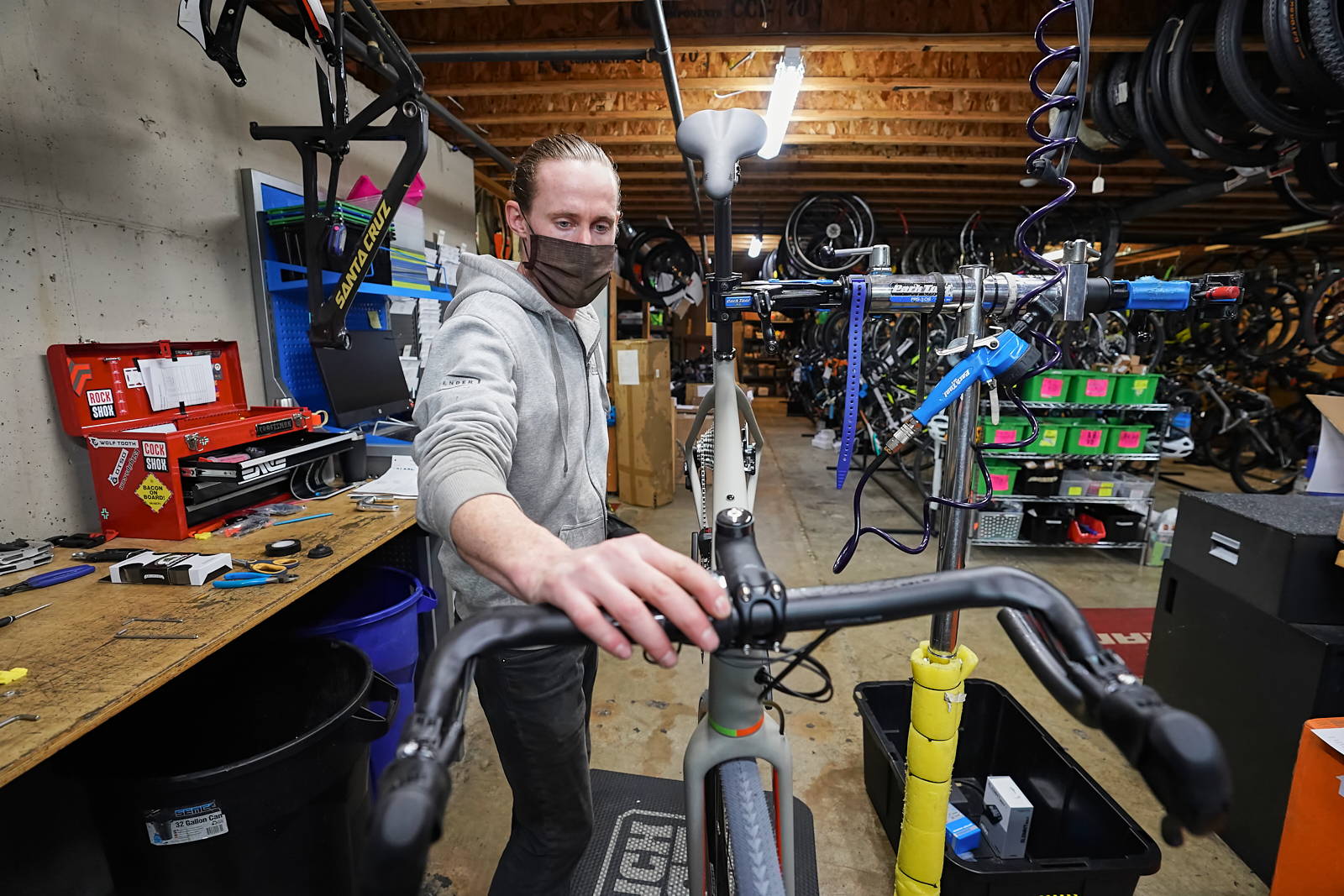 The design and performance of the Teammachine SLR in aluminum with the smooth stopping power of disc brakes.

Internal cable routing, BMC race-ready geometry, and select carbon components like the Teammachine ALR carbon fork and D-Shaped seatpost, ensure that the 2021 BMC Teammachine ALR One meets the standards of its category. Complete with our TCC Race technology, this Al-13 Premium Aluminium frame with disc brakes continues the Teammachine torch.